Senator Paul, who is a close friend of Rabbi Nate Segal, a well-known and respected leader of Torah Umesorah, was in New York City, and at Rabbi Segal’s invitation, he agreed to meet with Jewish leaders in dialogue.

After an introduction by Dr. Richard Roberts, who hosted lunch, a Q&A session on a host of issues, ranging from Iran to school-choice, commenced.

“After enunciating his positions on negotiations with Iran and elaborating how we need to understand the ramifications of war versus negotiations, the audience understood the thoughtful approach of Rand Paul and how the media often distorts his careful deliberations about this crucial issue, which is very refreshing in contrast to the one-size-fits-all responses often given by candidates running for public office,” said Ezra Friedlander, CEO of the Friedlander Group, who has often hosted Senator Paul at events in Washington that his firm coordinates. 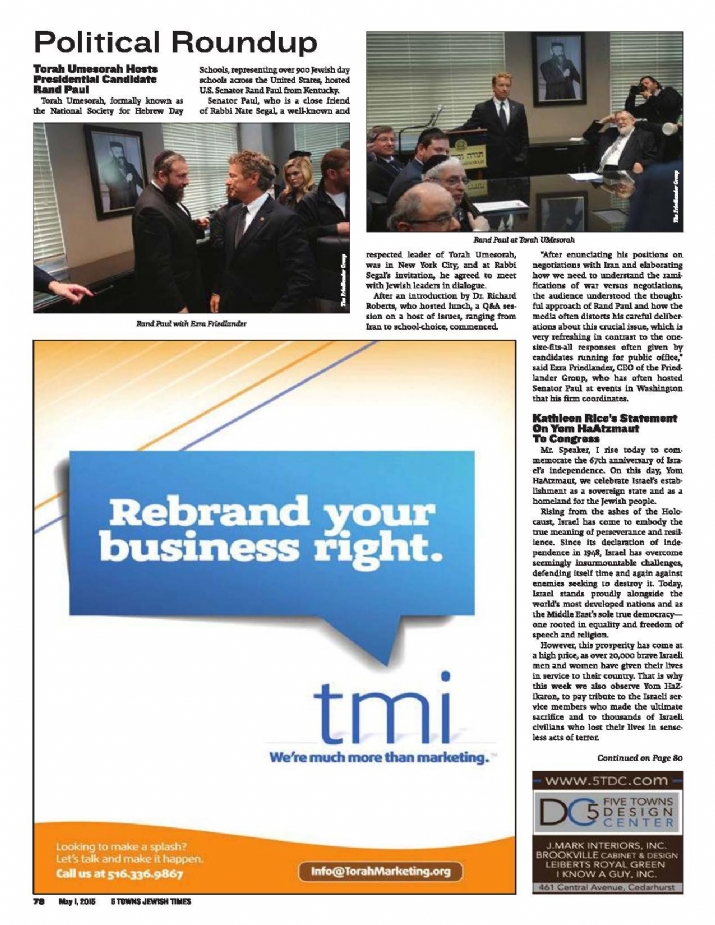 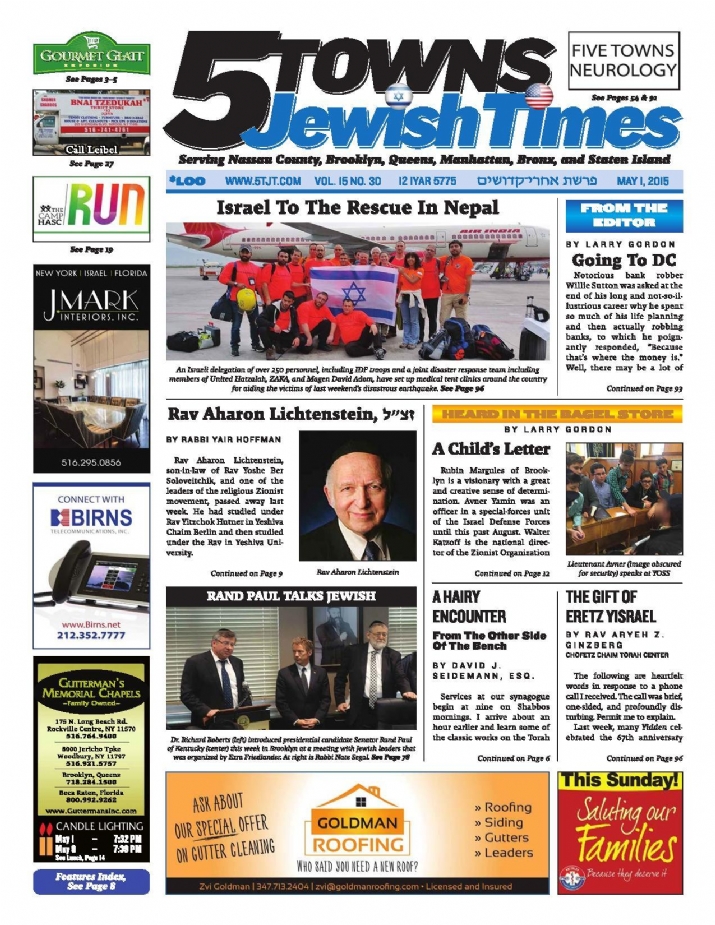