To celebrate Jewish American Heritage Month, an impressive roster of US Senators, government officials and national Jewish leaders gathered in the ornate Kennedy Caucus Room of the Russell Senate Office Building, located on Capitol Hill in our nation’s Capital.

May has been proclaimed by the United States Congress as Jewish American Heritage Month. President Barack Obama proclaimed, “The Jewish people’s pursuit of freedom brought multitudes to our shores…let us honor their tremendous contributions…And let us all find inspiration in a story that speaks to the universal human experience, with all of its suffering and all of its salvation.”

Official congressional recognition was bestowed upon several outstanding Jewish Americans who greatly enrich the fabric of American life. Indeed, members of the US Senate heralded the accomplishments of this year’s honorees who included:

Rabbi Hillel Zaltzman of Chamah, who was born in Kharkov, Ukraine. His family fled the Nazis to Samarkand, Uzbekistan, where he grew up. When simply being a Jew posed a grave danger, sixteen-year old Hillel entered the Jewish underground-whose mandate was to keep Judaism alive in the crosshairs of the KGB by carrying out missions throughout the Soviet Union. Zaltzman immigrated to America in 1974. In his widely-acclaimed literary work, Samarkand, The Underground’s Far Reaching Impact, Zaltzman transports the reader to times gone-by, painting a graphic picture of legendary heroes by describing in vivid detail the fascinating story of the self-sacrifice of a small group of Jews who bravely fought the mighty, brutal Soviet regime, and prevailed.

Thomas B. Corby, President of the LA based Erwin Rautenberg Charitable Foundation, whose support has enabled the humanitarian work of various organizations. His generosity and tireless support has literally turned around the lives of thousands.

Mrs. Ruth Lichtenstein, founder of Project Witness, for her trailblazing accomplishments in the realm of Holocaust education. Project Witness offers groundbreaking resources for Holocaust education while remaining deeply committed to its unique mission of exploring the spiritual, ethical, and intellectual responses of Holocaust survivors and victims. By focusing on the character, identity, and faith of survivors and victims alike, Project Witness serves to ensure that their legacy guides us and future generations toward a more hopeful future.

J. Morton Davis, owner and Chairman of D.H. Blair Investment Banking Corp. The over 400 companies for which he has raised more than $3 billion have created countless jobs and have added exciting new products including breakthrough drugs, unique electronic and telecommunications products.

Rabbi Marc Schneier, President of the Foundation For Ethnic Understanding, is an international figure who is renowned for his dedication to strengthening cooperation and reconciliation among ethnic and religious communities most notably in the field of Black-Jewish Relations. Rabbi Schneier is the author of Shared Dreams: Martin Luther King, Jr. and the Jewish Community. 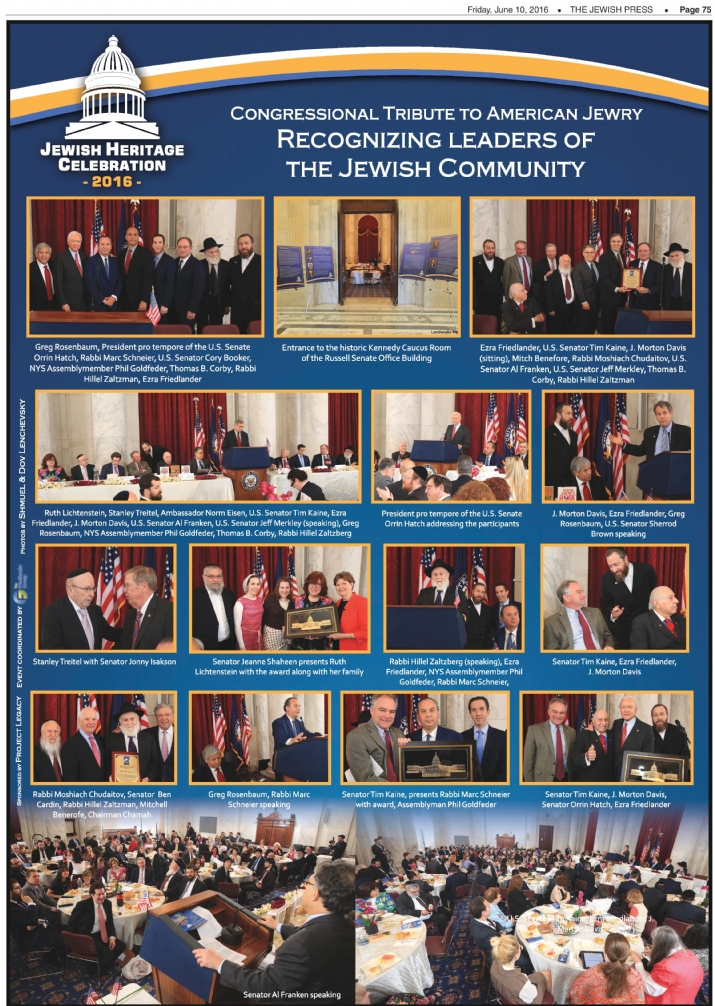