One Seaport Plaza - 199 Water Street - 27th Floor
New York, NY 10038
(212) 233-5555
Executive Staff
Home
About Us
Alumni
In the News
Around Town
Recent Events
Our Clients and Projects
Services
Home » In the News » Quotes, Mentions, Photos » Quoted: "the mayor has worked around church-state issues to include yeshivas in the city’s universal pre-K funding"

Quoted: "the mayor has worked around church-state issues to include yeshivas in the city’s universal pre-K funding"

The mayor and charedim may have had a “transactional” relationship, as Fuchs said, but that didn’t mean it’s been heartless. Over the years, de Blasio would do things such as paying a shiva call to Chabad executive Rabbi Yehuda Krinsky, and going to the wedding of the Skverer rebbe’s son. And now, Ezra Friedlander, a chasidic CEO of the Friedlander Group, a public policy consulting firm, reminded us over the phone that although he was a supporter of Quinn in 2013, he wants to see the Jewish community give de Blasio “the support he deserves.”

In Hamodia, an Orthodox newspaper, Friedlander pointed out that the mayor has worked around church-state issues to include yeshivas in the city’s universal pre-K funding; provide after-hours yeshiva busing; and provide financial support for security efforts in yeshivas. Additionally, Friedlander added, “Many tears were shed by parents of special-needs children who tried desperately to have the Department of Education approve services in [yeshivas]… with city government refusing to show a modicum of mercy for parents of special-needs children.” Now, the mayor has made it easier for the city to subsidize the enrollment of special-needs children in yeshivas. 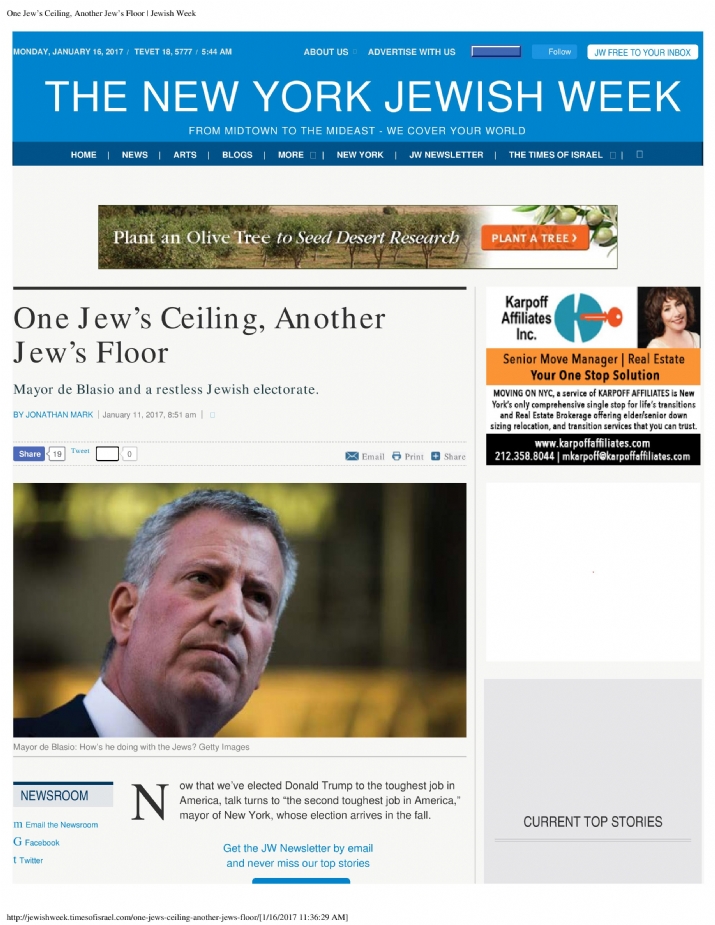 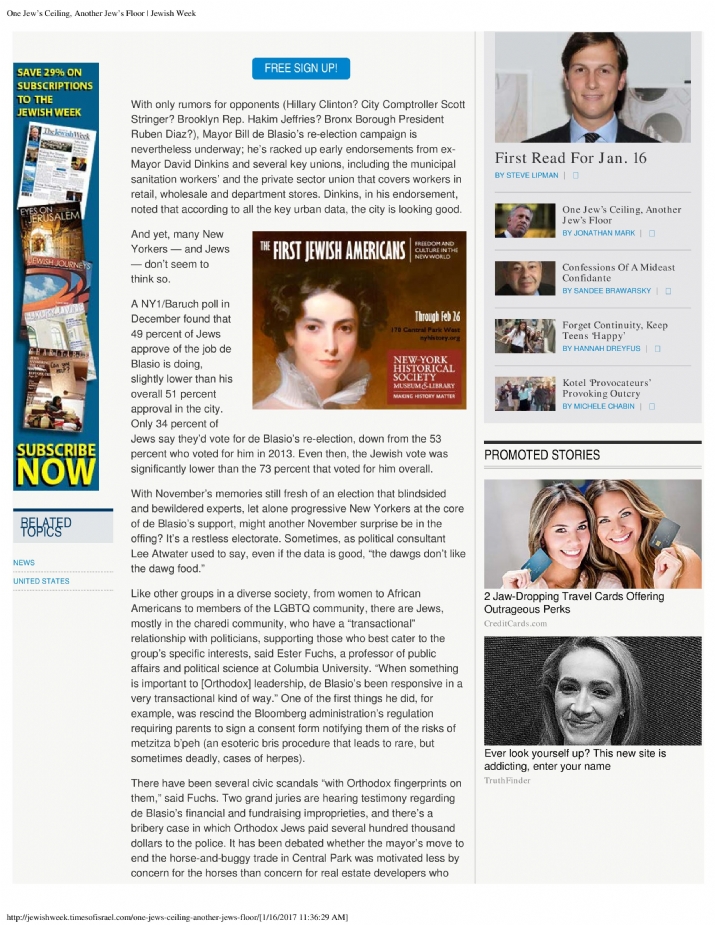 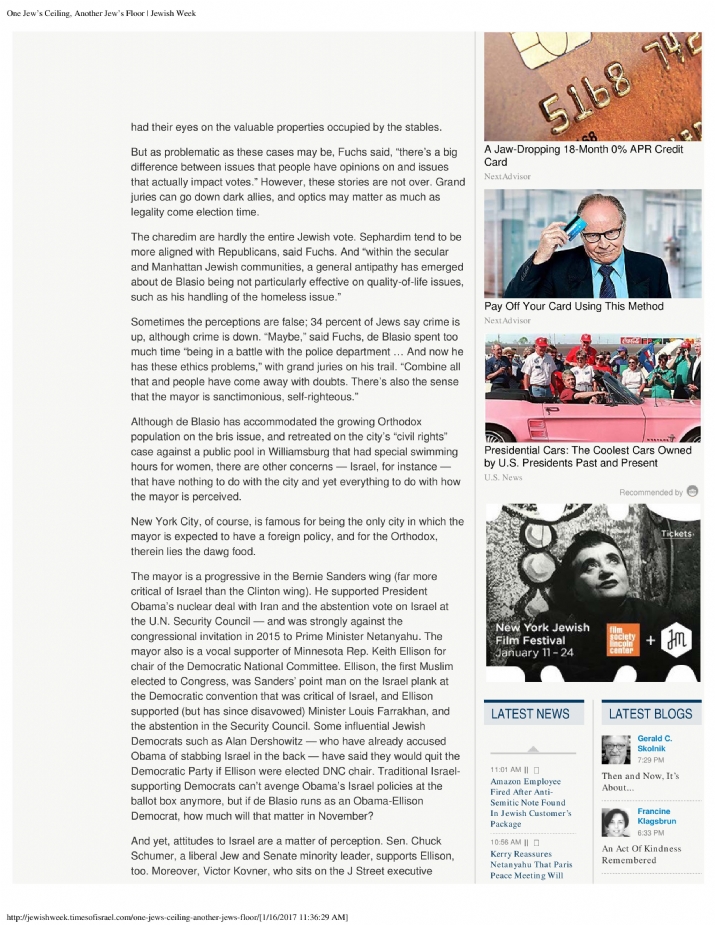 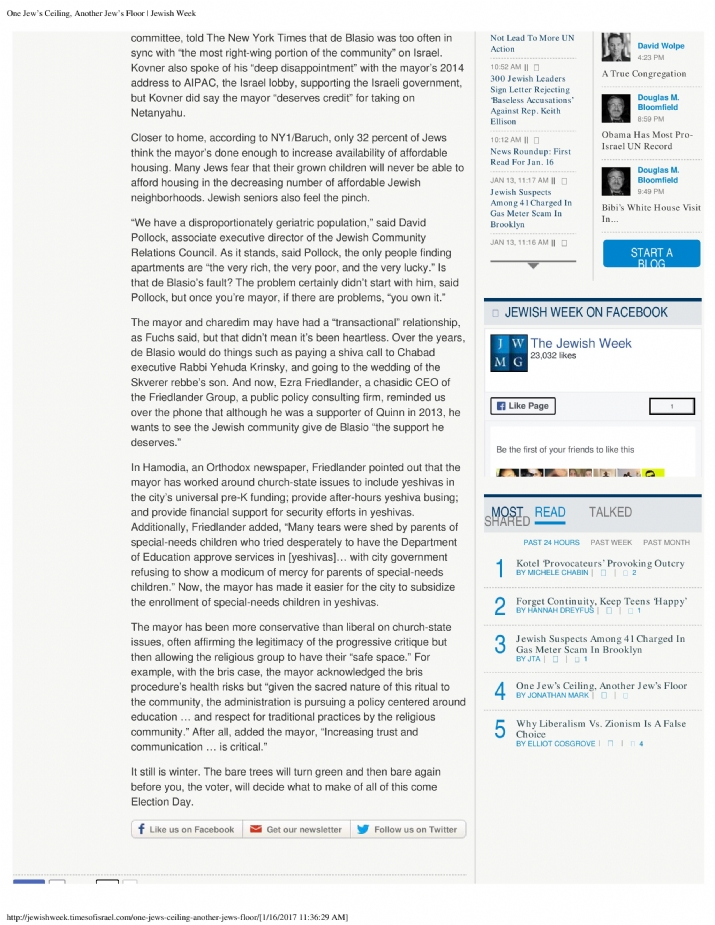