Bloomberg Breakfast with the Wallenberg Board 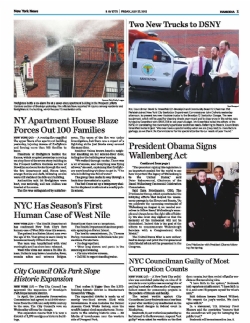 WASHINGTON – President Obama yesterday signed into law the Raoul Wallenberg Centennial Celebration Act, the culmination of the legislative process to award the Congressional Gold Medal to Raoul Wallenberg for his efforts to save over 100,000 Hungarian Jews during the waning days of World War II. The Raoul Wallenberg Centennial Celebration Commission, which was founded in order to highlight the heroic actions of the Swedish diplomat, and its organizational partners noted this important milestone. Mrs. Ruth Lichtenstein, director of Project Witness and publisher of Hamodia, a major partner of the Wallenberg Commission, said, “The signing of this legislation will help educate future generations on what it means to devote one’s life toanother.”

“The president signing this legislation is an important symbol for the world to see how important the legacy of Wallenberg is to the United States,” said Peter Rebenwurzel, Chairman of the Raoul Wallenberg Centennial Celebration Commission. Said Ezra Friedlander, CEO, The Friedlander Group, which spearheaded the lobbying efforts that helped the unanimous passage in the House and Senate, “As we celebrate the upcoming centennial of Wallenberg on August 4, we remind ourselves to follow Raoul Wallenberg’s example and always be on the right side of history. We also must stay vigilant so that the memory of the Holocaust will not be diminished. Indeed this is the goal of the efforts to commemorate Wallenberg’s heroism with a Congressional Gold Medal.” The United States Mint is now authorized to design and print the Congressional Gold Medal which will be presented in the Congress.