Jewish American Heritage Luncheon to be held on Capitol Hill

In 1775, one year prior to the American declaration of independence, a Portuguese Jew came to America, making landfall on the shores of New York. Haym Solomon found himself sympathizing with the colonists and decided to support the Revolutionary War efforts, becoming the biggest financer of the Continental army, pioneering the now over 300 year old tradition of Jews supporting the United States.

May is Jewish American Heritage Month, as proclaimed by President Obama and the United States Congress. Despite years of oppression and persecution, Jews have always risen up to help bring improvement and progress to society. For more than 350 years, Jews have been making major contributions to American culture, including arts, science, medicine, sports, business, government and military service.

Honoring the myriad contributions and achievements of Jewish Americans in the United States, Congresswoman Debbie Wasserman-Shultz explained, "Jewish American Heritage Month [is] to increase tolerance and raise awareness about ...the depth and breadth of contributions of Jews through 350 years of Jewish life in America... through every walk of life is incredibly important."

This tradition has continued annually and this year, five individuals or groups, each of whom are pillars of the Jewish community, will be honored by Members of Congress at a celebration, coordinated by The Friedlander Group, in the Capitol Building held on May 22nd for their contributions to American society. With their collective participation in human rights, health services, business, technology, government, justice system, and law enforcement the honorees are the embodiment of American ideals. The Tribute event will be chaired by Greg Rosenbaum, Co-Chair of the Jewish American Heritage Month Foundation, with Rabbi Joseph Potasnik, executive vice president of the New York Board of Rabbis, acting as Master of Ceremonies.

Greg Rosenbaum acknowledged the importance of The Friedlander Group's event as an integral part of the Washington, DC celebration: "Honoring distinguished Jewish Americans who have contributed so much to our nation in the Capitol Building fulfills the purpose of Jewish American Heritage Month this May and its promise for years to come."

The special guests recognized at this year's annual celebration include:

Harvey and Gloria Kaylie have been stalwart supporters of OHEL Children's Home and Family Service for over a decade.

Harvey Kaylie is the founder of Mini-Circuits, a global leader in the development and manufacture of multiple core technologies. Since 1969, OHEL has been helping people of all ages surmount everyday challenges, heal from trauma, and manage with strength and dignity during times of crises, in the realm of foster care, housing, outpatient counseling and day programs. OHEL serves thousands in need every day in communities in New York, New Jersey, South Florida and Los Angeles, California. Driven by a shared vision to break down stigma in the community, the Kaylies provided the seed capital for OHEL to open the groundbreaking Camp Kaylie at OHEL - the first-of-its-kind integrated summer camp for kids of all abilities. In the words of Harvey Kaylie, "Over my long and successful career, the accomplishment of which I am most proud is Camp Kaylie. My dream of a state-of-the-art camp providing a marvelous experience for children of all abilities has been fulfilled."

Founded over 40 years ago, The Rothenberg Law Firm LLP is exclusively dedicated to representing injured people of every race, gender and creed, and is an outspoken opponent of attempts to limit the rights of injury victims. The firm has earned national prominence and recognition for its cutting edge work in product liability, traumatic brain injury, wrongful death, medical malpractice, and construction litigation. The firm opposes all forms of religious discrimination, and its founder, Allen L. Rothenberg, has served as the national president of COLPA, the National Jewish Commission on Law and Public Affairs, in which he works tirelessly to ensure that the United States accommodates religious observance within a secular society not only for Jews, but for members of all religions. The Rothenberg family of lawyers includes parents Allen and Barbara, six of their eight children who work in the firm - Harry, Marc, Beth, Ross, Scott and Melissa - as well as Randi, a former Federal prosecutor, and Rachel, a pediatric nurse practitioner.

The Edmond J. Safra Synagogue, the dream of Mr. Edmond J. Safra A"H, the world renowned banker and philanthropist, is celebrating its 10th anniversary. Through the dedication and generosity of Mrs. Lily Safra, his beloved wife, Mr. Safra's dream has become a reality. The synagogue has flourished and become home to the Sephardic community of New York's Upper East Side. It is an active element in the growth of the Jewish congregation under the leadership of Rabbi Elie Abadie, M.D. 10 prominent families from the Upper East Side will join us at the Ceremony.

Simcha Eichenstein is a senior advisor to New York State Comptroller Thomas P. DiNapoli in the division of Intergovernmental and Community Affairs. He is considered a rising star in New York State government who upholds the highest ethos of Jewish commitment to public service and has earned the respect of elected officials from across the political spectrum for his integrity, and overall keen insight to the various challenges facing the state of New York. In addition to acting as sole trustee of the $150.6 billion Common Retirement Fund, one of the largest institutional investors in the world, the Comptroller's office maintains the State's accounting system and administers the State's approximately $15 billion payroll.

As the founding director of Kestenbaum & Company, a New York City based boutique auction house dedicated to the sale of Rare Books, Manuscripts, Ceremonial and Fine Art, Daniel E. Kestenbaum regards the essential core value of his company as seeking out and subsequently publicizing the importance of Judaic historical artifacts that are crucial to a keener understanding of one's Jewish identity and thus leading to a more upstanding appreciation for ethical citizenry. Kestenbaum & Company is now the largest niche Hebraica auction house in America having sold to date more than 30,000 lots at auction of antique Jewish rarities. With 25 years in the auction business, senior collectors, specialized dealers, acquisition directors and museum curators around the world rely on Daniel's expertise and integrity. He is a much sought after expert consultant and appraiser in his specialized fields of rare Hebrew books and manuscripts, Judaic antiques and fine arts.

Read it on Yeshiva World. 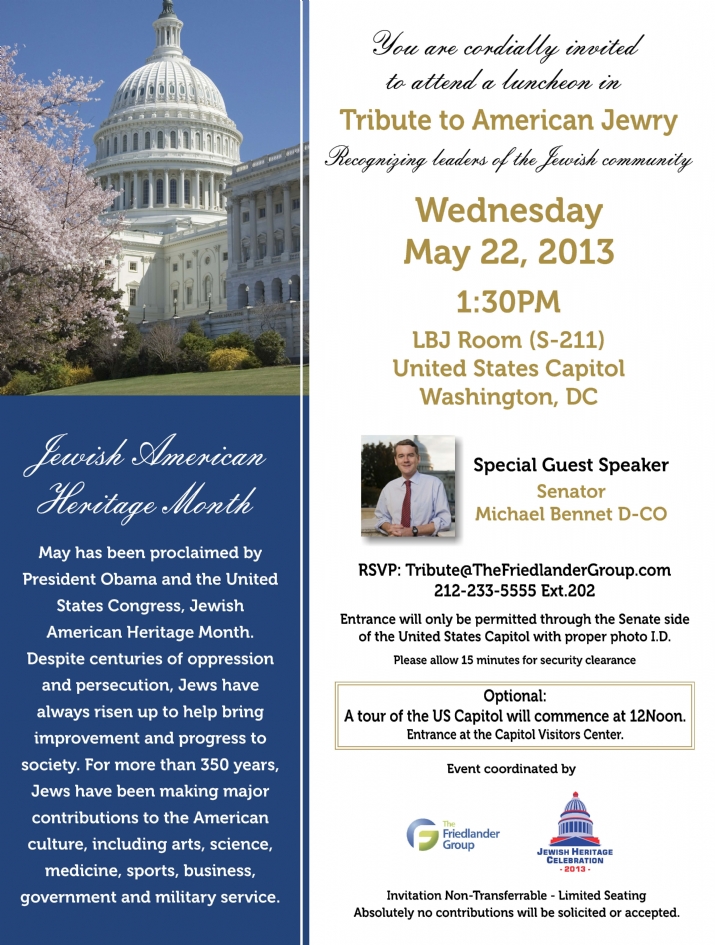 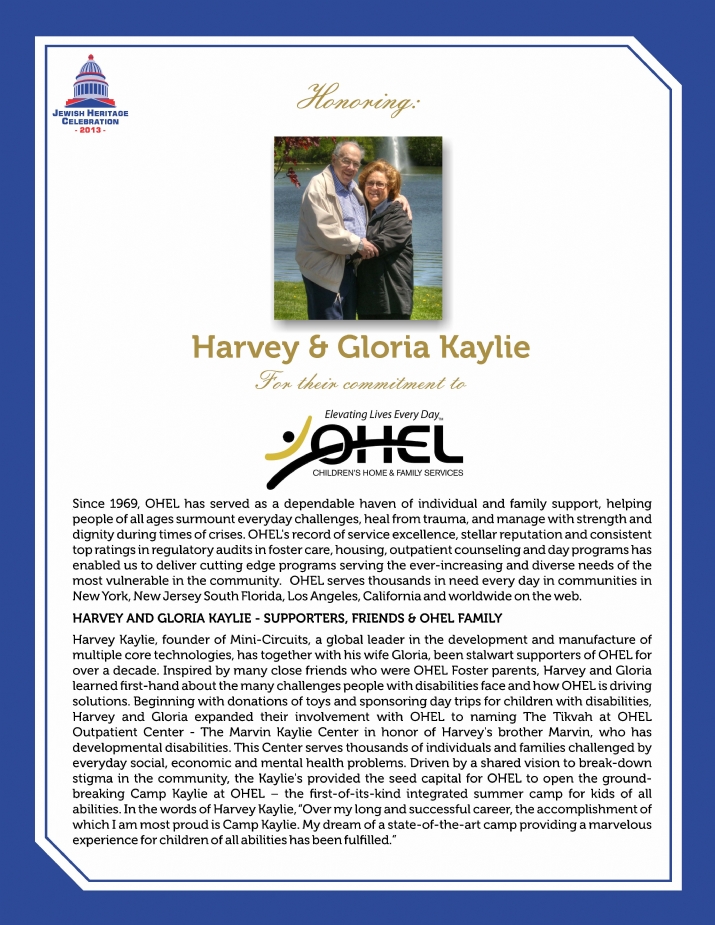 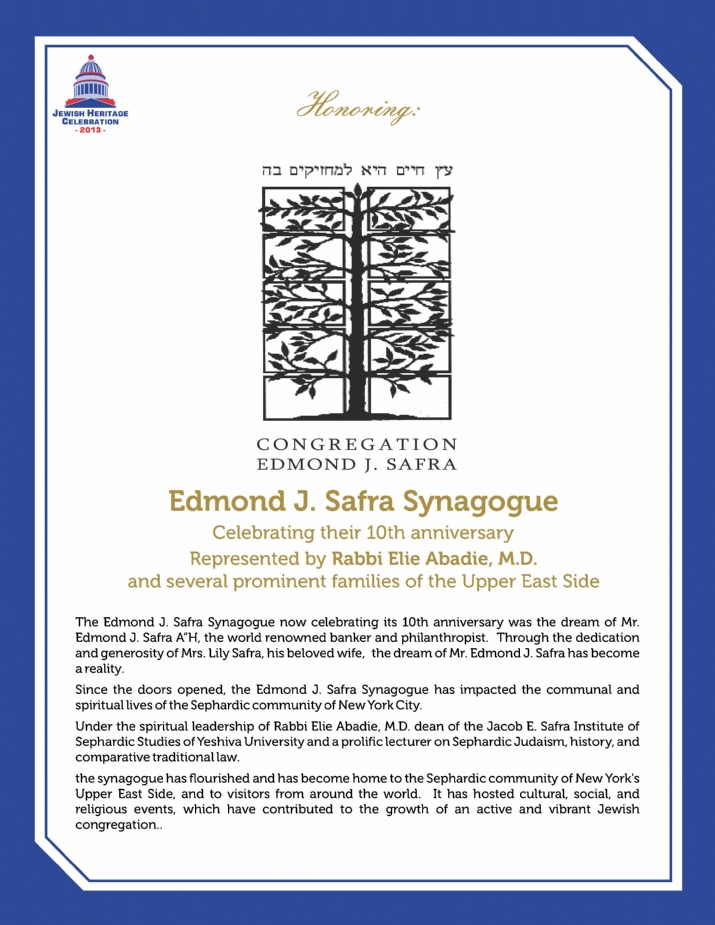 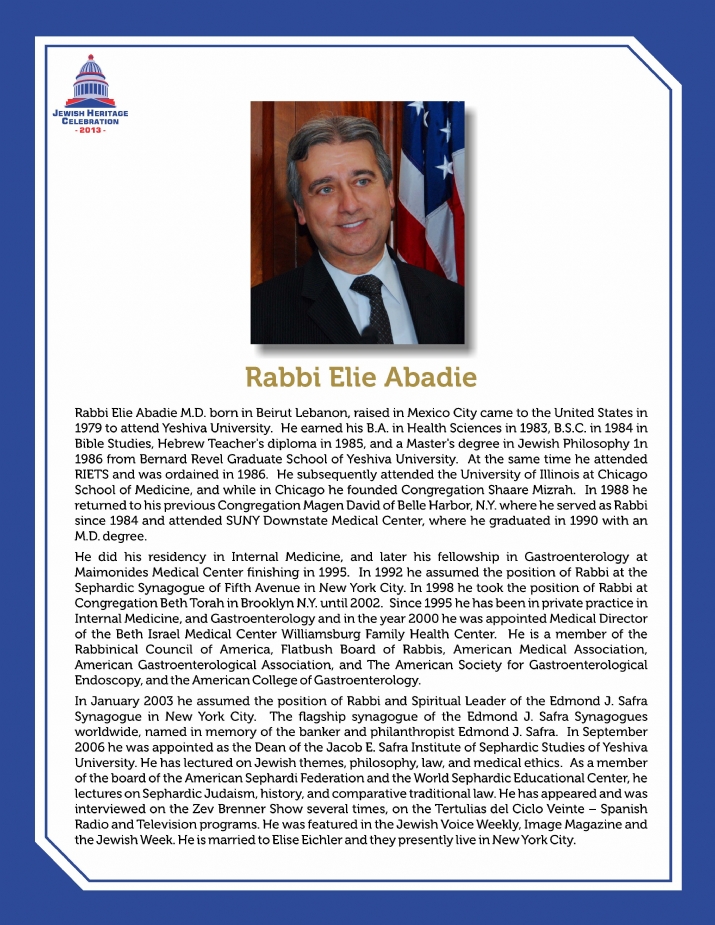 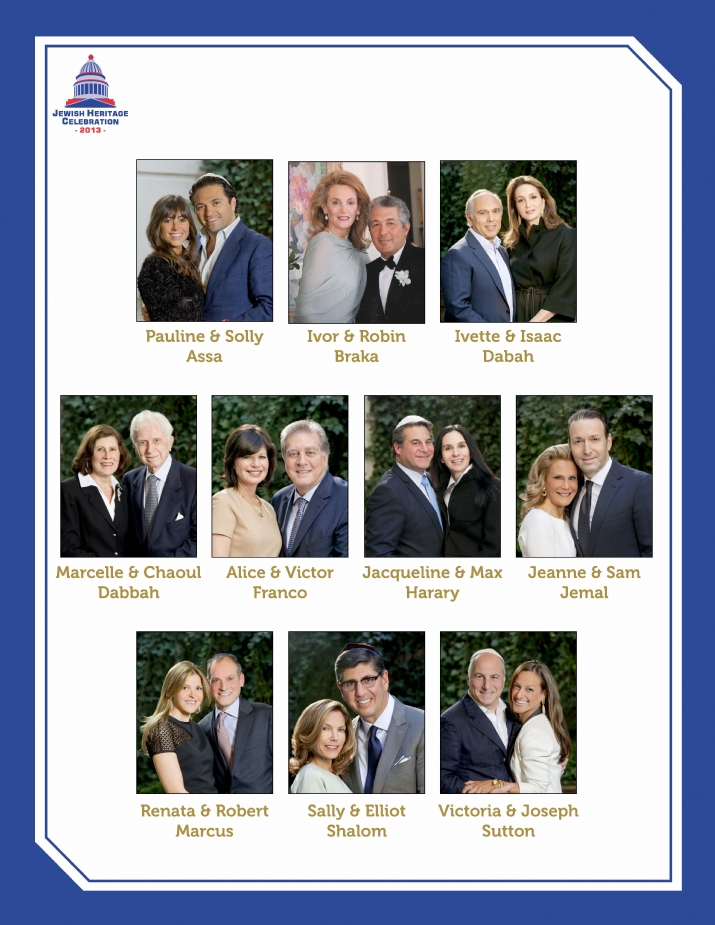 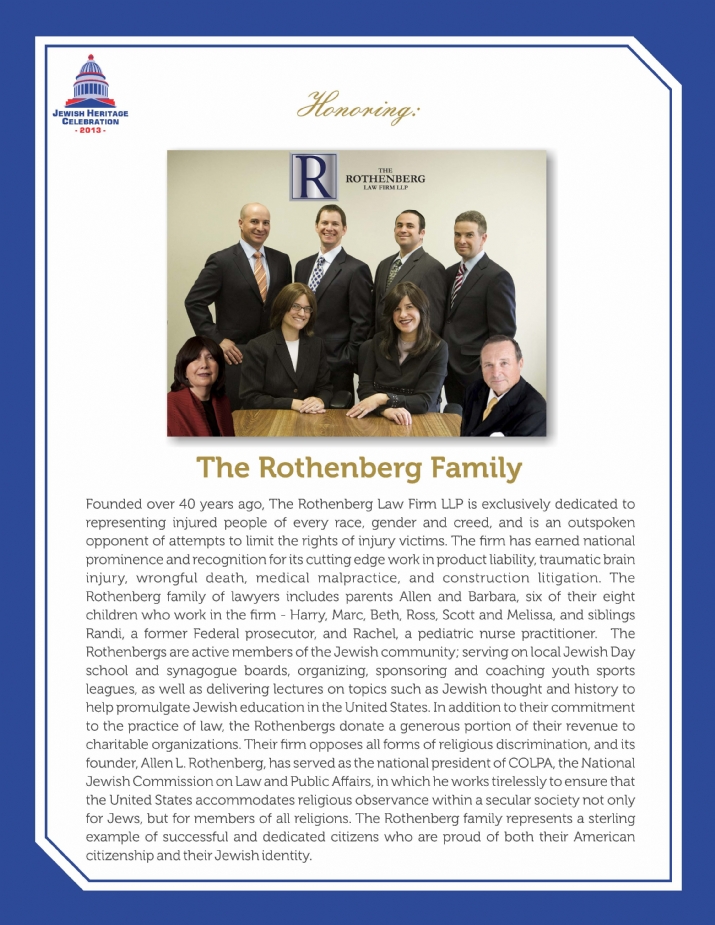 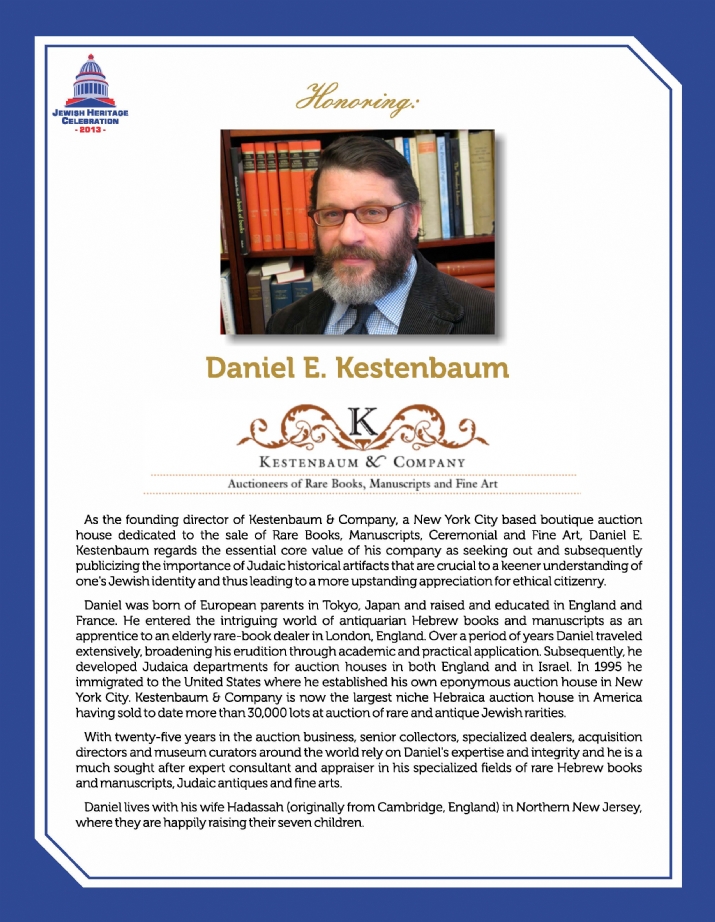 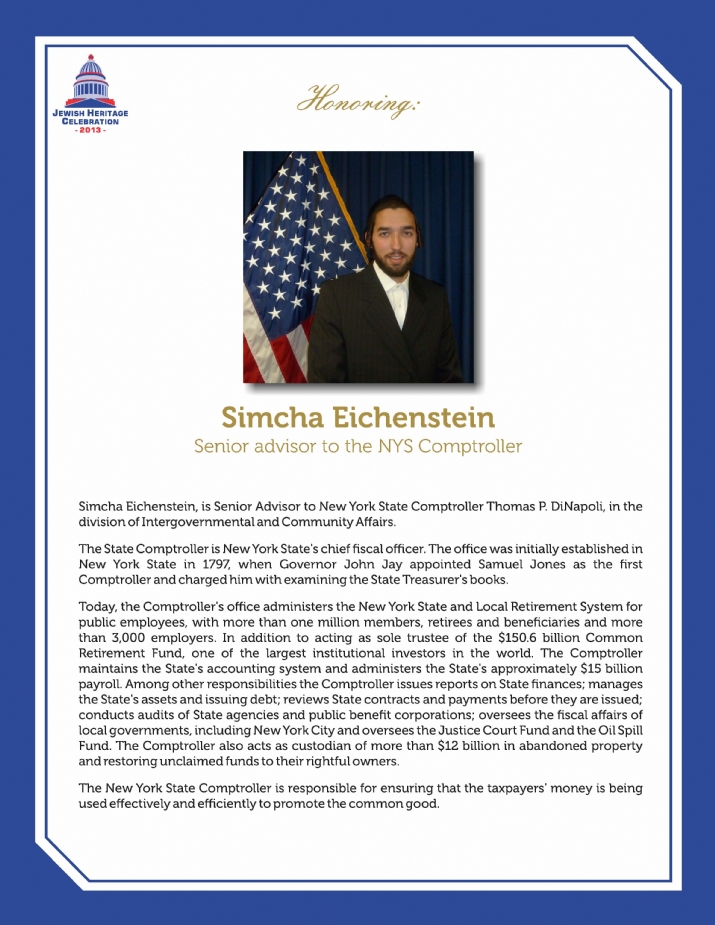